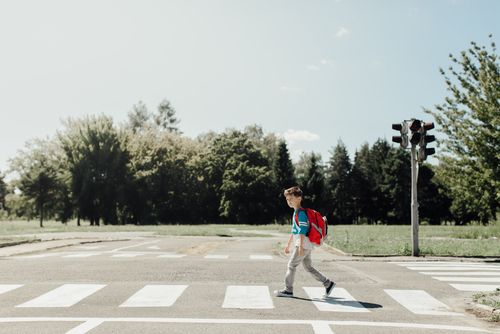 Car seats and safety restraints are tools we use to protect children when they ride in cars. Child advocacy is a tool that legal professionals use to protect them after an injury and settlement. Although children have legal rights, they obviously can’t handle their legal issues on their own. It’s up to the law to make sure any settlement a child receives goes toward the care of the child.

Even if the insurance company approves the claim, the limits of the insured’s insurance policy are the most they must pay. That means that a policy with a $5,000 limit will pay no more than $5,000 on a claim. If the party seeking damages (the plaintiff) has damages of more than that amount, they must file a lawsuit to recover the balance of their compensation.

Children are often injured in car accidents in much the same way adults are. When they are, they have the same right to compensation for permanent injuries, pain and suffering, and disabilities in the same amounts as an adult. Sometimes their injuries require short-term medical treatment. But others result in the need for long-term medical care. Some types of injuries are more common in children than others, including:

People often share some misconceptions about whiplash. For one, they don’t think it’s ever serious. For another, they think it only happens to adults. But children of any age can get whiplash in car accidents.

One mistake that parents make is using their children’s safety equipment incorrectly. The only way that car seats and booster seats are completely effective is when they are used correctly.

Children are also more susceptible to whiplash than adults due to their size and strength. Their spines have only a fraction of the strength of those of an adult. Their neck is also much weaker. The force of the impact of a car crash is more severe and, often, more lasting.

Many of the injuries that adults suffer in a car crash don’t appear for hours or even days later. The same is true in babies and small children. To add to the problem, they can’t vocalize their aches and pains when they are present. Some signs that a baby or toddler might have a neck injury or whiplash include abnormal breathing, vomiting, dilated pupils, or non-stop crying. If there is any chance a child might have an injury after a car accident, take them to the doctor right away. Don’t dismiss their complaints because the impact didn’t seem that severe at the time. Remember that it takes less force to cause an injury to their small bodies than it does to an adult.

If the doctor diagnoses the child with an injury, follow all of the doctor’s advice and give them the recommended medications. Keep a record of their symptoms and any complaints they make. Keep records on the impact their injury has on their life. Are they missing time at school? Are they having problems sleeping? Has their appetite changed? Note anything that is different than it was before the accident and injury occurred.

Talk with a personal injury attorney about the child’s injury. What seems minor at the time could end up developing into something more severe. If the child ends up requiring long-term medical treatment, the compensation from a personal injury claim might be the only way they have to get it. When Car Accidents Result In Fatalities in Kids

The most common cause of death in children is unintentional injury, with car accidents being the most common cause. While the majority of childhood fatalities occur to children who weren’t buckled up, research involving injuries that didn’t result in death are rare. The statistics on fatalities supports the idea that children who are properly restrained are more likely to obtain less severe injuries that don’t result in their deaths.

Placing kids in the proper restraints for their age isn’t just a good idea; it’s the law. Time and time again, research shows that using seat belts and child restraints saves lives and minimizes injuries. No parent wants to think of their child being injured and in pain. The most important thing any adult can do is make sure their child is correctly restrained every time he or she is in a moving car.

Every state has specific requirements about the type of restraint that drivers must use for children of different ages and sizes. In California, the full comparative fault law could make parents or other drivers at least partially at fault for an accident that causes their child’s injuries.

Pure comparative fault means each party is responsible for some percentage of fault for the crash. Failing to have a child buckle up might shift the child’s potential for a settlement in the opposite direction. If the child gets injured after being thrown against the dash due to not wearing a seatbelt, the driver might be as much as 95% or even 100% at fault for the child’s injuries.

For example, if the child requires jaw surgery and extensive follow-up treatments, the award might be for $10,000. In this case, the adult can only collect 5% of the $10,000, or $500 on behalf of the child. That’s why anyone considering a personal injury claim should talk with a car accident attorney first. Their case might not be as solid as they think it is. The attorney can advise them on the best strategy for going forward.

When a child gets injured in a car accident, they can’t handle their own claim. The parents’ primary concern is getting treatment to make them well. Many people assume that they have the legal right to pursue compensation on behalf of their injured child. But the law protects the child from anyone who might prevent them from using the settlement to treat their injuries. Before an adult can make a claim on a child’s behalf, there is a process they must follow.

In most states, any person under the age of 18 is legally considered a minor. That means the same child that can’t pursue legal compensation on their own can legally drive a car. When a minor is driving, they might be named on their parents’ insurance policy. If they aren’t and the car they are driving belongs to the parent, then the parent might be liable for the damages their child caused.

When it is the child who gets injured in a wreck, the parent can’t automatically act on their child’s behalf. The main purpose of child advocacy is to protect the rights of the minor. To do this when there is a child’s settlement, there must be a “minor’s compromise.” Either parent, one parent with custody, or a guardian as ordered by the court can initiate the multi-step process of minor’s compromise.

If a minor should enter into an agreement, it could be voided until after the minor turns 18. When a child receives a personal injury settlement for more than $5,000, the insurance company won’t submit payment until the court orders it. The parent or guardian ad litem files a petition. The guardian ad litem is simply someone the law sees as a proper guardian.

This process, which might include a hearing before a judge, is called minor’s compromise. The actual process depends on the amount of the settlement. For example, those cases where the settlement exceeds $50,000 will proceed to a hearing where a judge questions the minor. The goal is to make sure the minor understands the conditions of the settlement and that it is final.

The minor’s compromise is an important step in the child advocacy process. The judge considers several factors before approving the personal settlement, including:

Where the Settlement Funds Go

The courts want to know that the settlement is fair and that the funds go solely to benefit the child. Those that aren’t needed for ongoing medical care or basic necessities usually go into an interest-bearing account. Neither the child, the child’s parents, or their guardian has excess. Once the child turns 18, they then have access to the remainder of the fund.

Sometimes settlements are set up so that a certain amount is each year after the child turns 18. In other cases, the minor has access to all of the funds once they reach the age of 18. The judge will determine the child’s needs based on the previously listed factors and several others. They will then set up the account that is best for the minor’s situation.

Once the court approves the settlement, the funds go into the blocked account. The lawyer and the petitioner usually have 30 days from that time to provide proof that they received the money and deposited it as required. This completes the personal injury settlement. Why We Need Child Advocacy

Minors can’t look after their own interests. They have very little say in what they do, the foods they eat, and where they go. They certainly can’t make legal or financial decisions for themselves.

Who Is Liable for a Child’s Injuries?

If an adult and their child both get injured in a car accident, both victims can file a personal injury claim for compensation. The settlement might include a variety of damages and can even extend to others who weren’t in the accident. For example, a spouse might receive a settlement for the “loss of love, companionship, affection, society, and solace of their spouse” because of their injuries.

The ability to file a personal injury claim rests on having proof that the other driver was at fault. The driver of the car the child was riding in can’t be responsible for the crash. However, the comparative fault law in California means that the victim can sue for compensation if the other driver is partially at fault.

If your child has a personal injury claim due to a car accident, you need experienced legal representation from the start. Never try to go through the minor’s compromise on your own. Child advocacy is a necessary part of the court system as a means to protect children’s rights. Getting the best legal advice ensures they get the best possible outcome from the process.

If your child was injured in a car accident, don’t wait any longer to learn your child’s rights. Contact Batta Fulkerson to book a free consultation. We’ll explain the court process and review the documents that you need to help you with your claim.